Rearcam arduino controlled in a car (Audi A3)

How install a rearcam on a car (Audi A3)

How to connect a rearcam (aftermarket) to an Audi A3 car. The circuit can be used on any car. With, or without, power control through an Arduino. Activated automatically by reverse or with a capacitive button.

On the youtube video (at the bottom of the page) you can see the operation and more information on the rearcam, on this page you will find the Arduino sketch and electrical diagrams. The realization is on an Audi A3 but the circuit can also be used on other cars.

To realize it, your car must have a display (radio or navigator or rearview mirror) that accepts a video signal and a wire for switching from radio (or navigator) to video signal.

The rear camera (or RearCam) is an economical aftermarket camera purchased by Chinese sites, there are different models. Also specific for model cars incorporating camera and led lights that replace the plate light block. 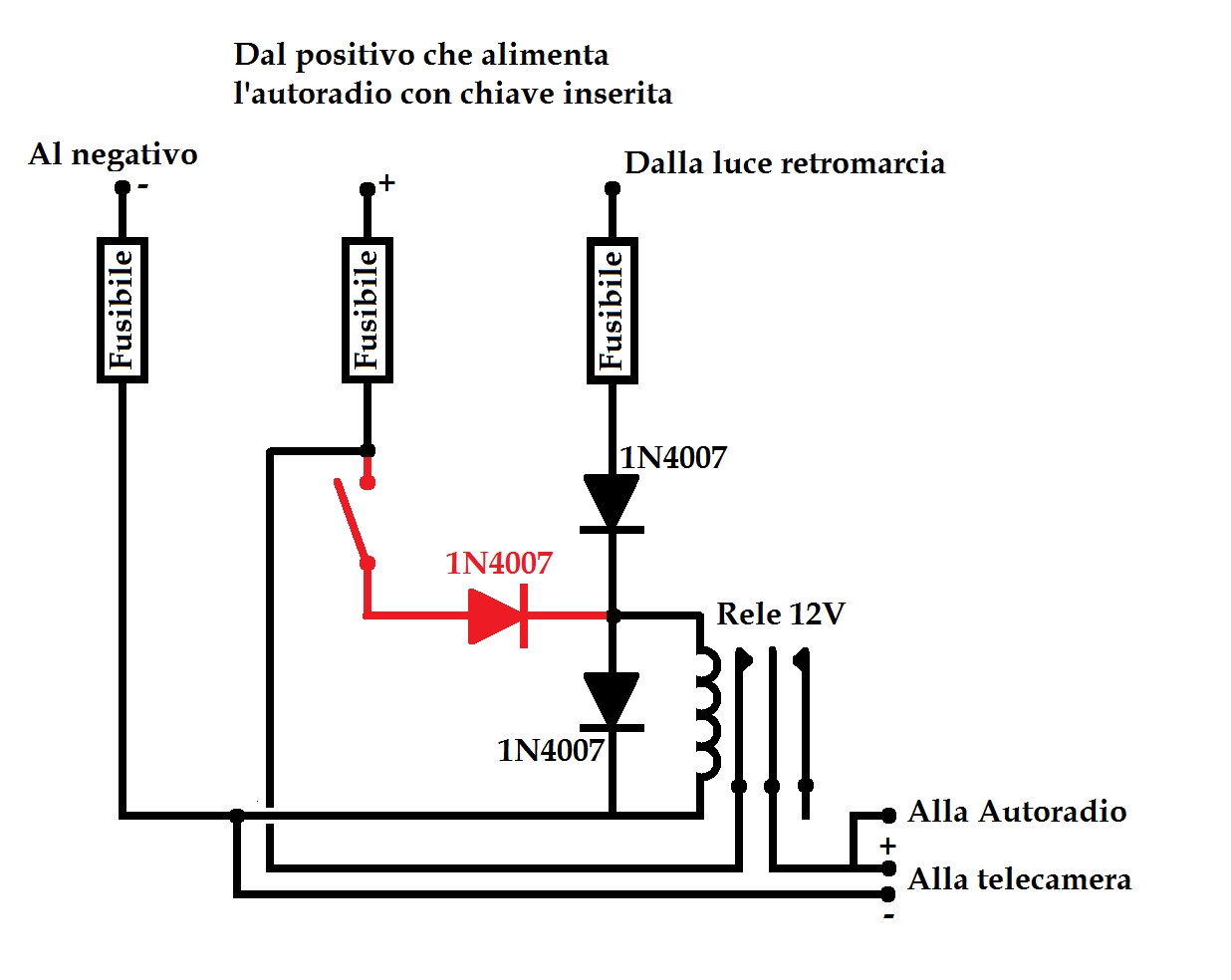 Circuit diagram without Arduino board

The advantage of this scheme is that the camera is powered only when it is needed. Disadvantage: If you also use a switch (on-off switch, not a simple button) you must drill the dashboard. 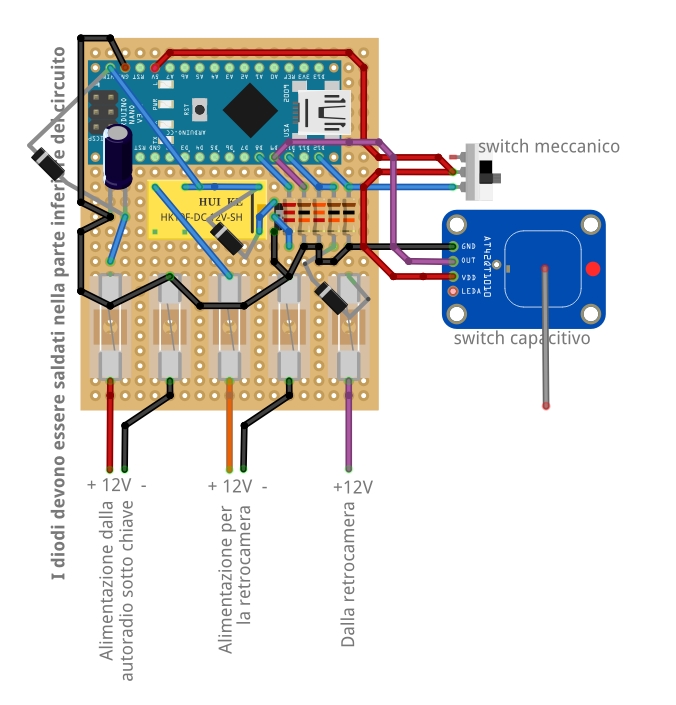 This circuit also has the advantage of turning on the camera only when it is needed. Also, you can use a capacitive switch. Useful because switching is simply by touching the end of the wire that can simply be passed between the dashboard plastics without holes.

This end of the wire can emerge just in a hidden spot on the dashboard, or connected to a sticky metal decoration or as in the video behind a fake button so as not to spoil the overall aesthetics of the dashboard.

An Arduino nano card was used to reduce the overall size of the circuit. The microprocessor computing power, far superior to the simple purpose of switching a relay, was used in a software filter that only activates the relay if 20 consecutive capacitive sensor readings are identical. 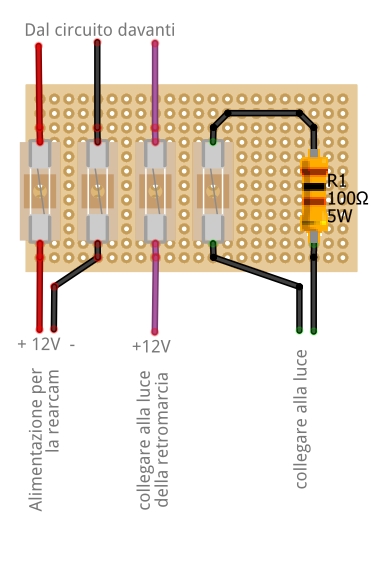 Rear fuse circuitry for protection of the power supply line of the rear camera.

Since we have wire wires between the radio and the rear light, you need to protect them with fuses. In the event of an accident, they may come into contact with each other or with the machine. Therefore, in addition to those in the circuit with or without Arduino, fuses must also be inserted in the rear light.

The 100 ohm 3W resistor serves if your car has a control unit that only accepts incandescent bulbs. If you fall back in this case, you realize why the led light on the camera turns on to go off in seconds. To solve, connect the series resistance with the fuse parallel to the bulb. In the photos instead of the resistance a light bulb with internal resistance was used, much easier to find in Chinese stores.

The sketch to be loaded on the Arduino Nano card

The sketch to be loaded on the Arduino Nano board can be found at the following link:

If you use it, send me an email (also anonymous) with your city and country.